On 14 May 2013 the Justice Secretary Chris Grayling announced that ‘Will writing for a commercial fee’ was to remain unregulated.  He did however want the trade bodies to continue with their voluntary codes of practice.

The announcement of his decision to not regulate will writing can be read here.

This decision was arrived at after 2 years of work and research by various bodies. It started in July 2011 when the Legal Services Consumer Panel, commissioned by the Legal Services Board, reported its findings into the standard of will writing and the need for the sector to be regulated.

The Law Society pushed for regulation.  It wanted will writing (for a fee) to be restricted to their members only, claiming that their members were the only people suitably qualified.  The evidence however gathered during the exercise showed that the quality of will drafting by solicitors was just as good or bad (depending upon your viewpoint) as those supplied by the home visit will-writer sector.

The Institute of Professional Will-Writers (one of several trade bodies for the Will writing sector) also pushed for regulation.  Some of its more vocal members arguing that regulation would remove the ‘cowboys’ from the sector, and therefore their members could gain increased business.

On the one hand we are a little disappointed that the sector is not going to be regulated in some way. There is evidence of consumer detriment.

On the other hand imposing regulation of the will writing sector:

Sales Tactics: would not stop what many see as unethical sales tactics; these tactics may be unethical for many of us in the sector but they are not illegal. If anything, regulation would add a veneer or respectability to these firms who use these tactics.

Will Quality: And why would regulation improve the quality of Wills being drafted? Solicitors are already regulated and yet the evidence the LSB obtained showed that Solicitors produce as many poorly/badly drafted wills as the unregulated home-visit will writing sector.

Additional Cost: And then there would be the cost of policing the regulation.  There is no point in having regulation if it cannot be policed. This would impose a huge financial burden on the sector, a cost which in turn would be passed onto the consumer in higher fees.  The result: more people would look for a cheaper way to make their Will - and then either make their own or use the services of an online will-writer - neither of which were proposed to be caught under the umbrella of ‘regulation’  and are known to be the biggest area by far of faulty Wills.

So, on reflection, we think that Justice Secretary Chris Grayling’s decision today (14 May 2013) not to regulate the sector is the right one.

Is Will-Writing for a commercial fee  regulated?

Should will-writing for a commercial fee be:

This was the question Justice Secretary Chris Grayling had to decide in 2013. 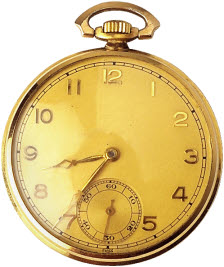 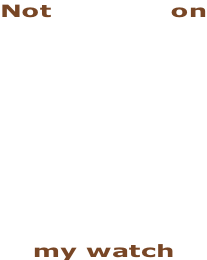 In 1988 the National Consumer Council undertook one of the most extensive research projects into will writing and will writers, in recent years.

The report generally rates home-visit will writers - such as Convenient Wills - favourably.

A copy of the report can be read by clicking on the heading of this article.

It is pleasing to find an independent body, such as the National Consumer Council, providing an unbiased report.

As its research sampled a significant number of cases, and was independent. their findings are believable. In our opinion they carry more weight than the research undertaken by the Law Society who persistently used commissioned reports - where they have appointed people from within their own organisation to undertake the research and who, (with the exception of Lord Hunt - see below) unsurprisingly, find in their favour.

In October 2009 Lord Hunt’s report - Regulation of Legal Services - was published. Unfortunately the Report has been pulled from public viewing now.

It was interesting to see the Law Society’s response. Within 3 days of the report being released the Law Society released a press release that once again derided the services of the ‘non-solicitor’ will-writer. To support their claims they referred to the findings of Lord Hunt’s Report.

And yet there was only 1 recommendation affecting home-visit will-writers. Most of the other 87 were for the Law Society to put its house in order.